I spent this past weekend at PlannerCon.  It was an interesting experience, especially as a first-time attendee going by myself!

Technically I found out about it because of the Penguins 🐧 When I went to Michaels to get supplies to make my sign for the Penguins @ Sharks game, I discovered Wonton In A Million on one of the endcaps.  Of course I bought some stuff, then looked them up online to see what other products they had.  The online store was temporarily closed with a message to check their Facebook group for updates.  After joining, I saw a bunch of posts of people asking the creator if she was going to PlannerCon.  It was coming up soon and only 15 minutes away from my house… so why not? 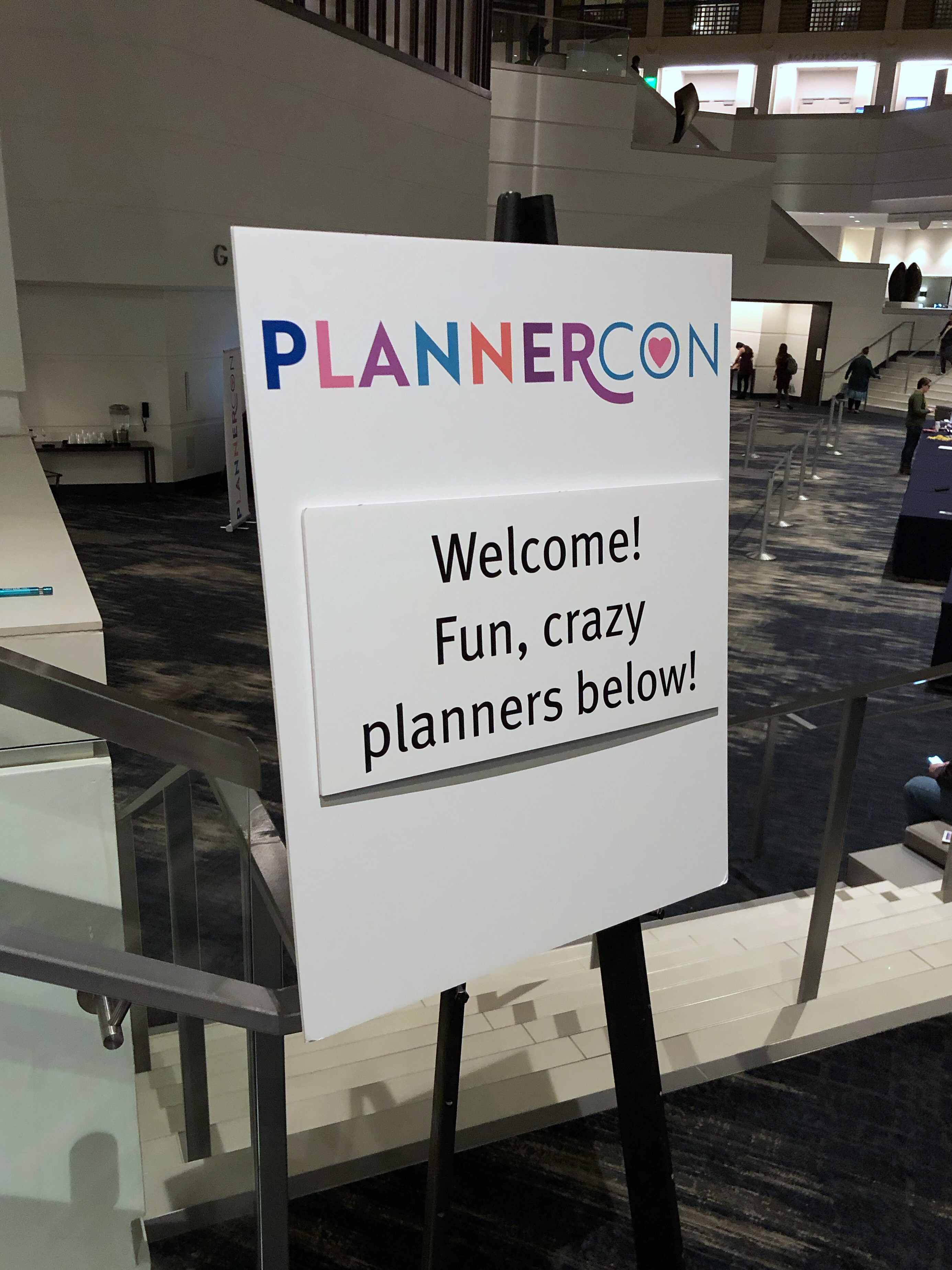 Friday I stopped by after work to register and check out some of the vendors.  I tried to browse some of the shops set up downstairs, but it was in the same room as the Planner Prom that was going on, so it was dark and also pretty crowded.  I ended up not staying too long due to this – which is probably a good thing or I would have spent even more money than I ended up spending!  Good thing I hadn’t discovered the shops on the second floor yet. 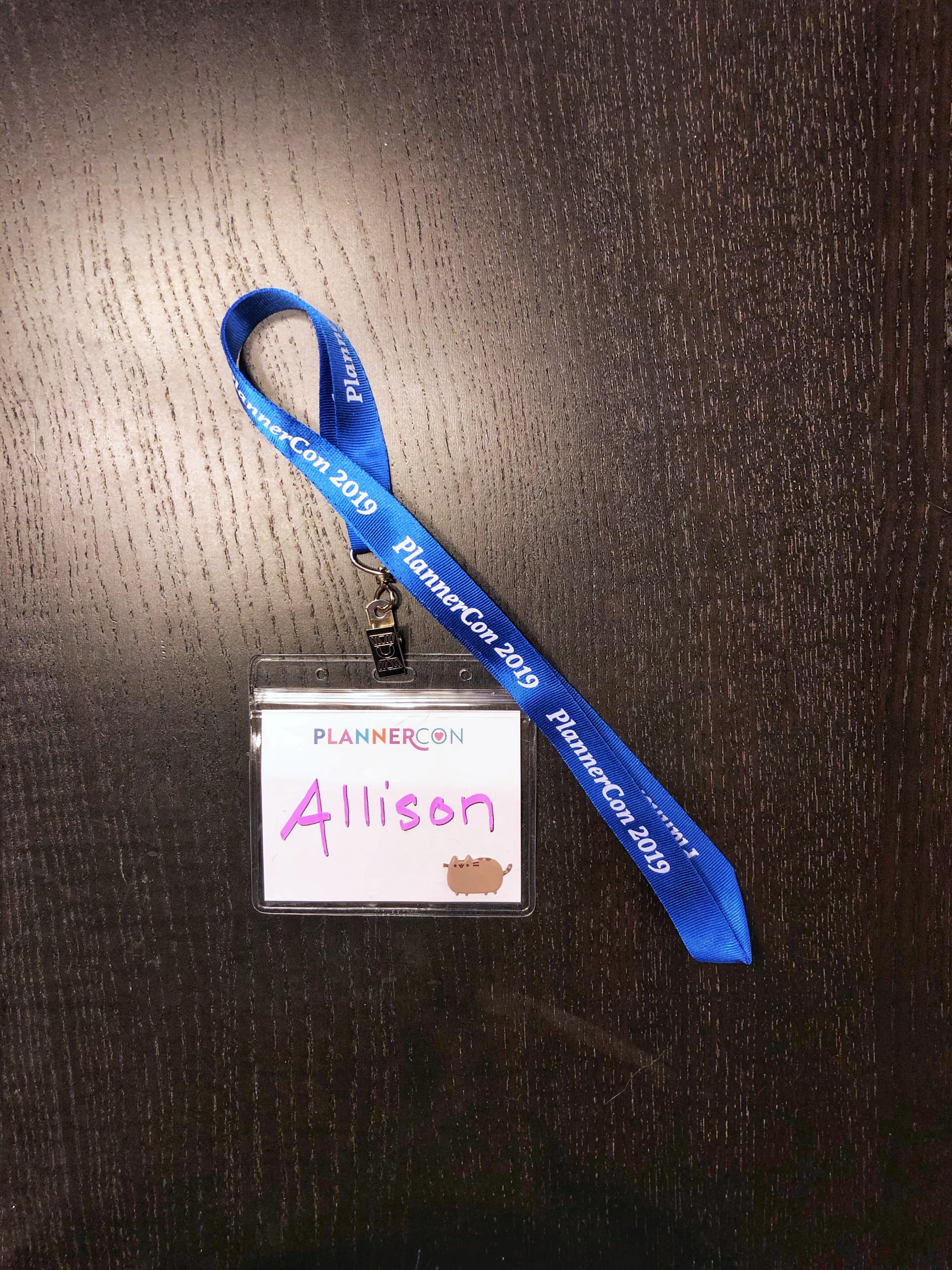 Saturday and Sunday was speakers, workshops, shopping, and lots of swag.  The speakers got pretty honest and personal, which I appreciated.

On Saturday, I took a lettering workshop from Kelly Creates, and a bullet journaling workshop from Plans That Blossom.  Sunday’s workshop was lettering and doodling with Mommy Lhey. (I can never take a picture without the cats wanting to be in them, so I let Dragon stay 🙄) 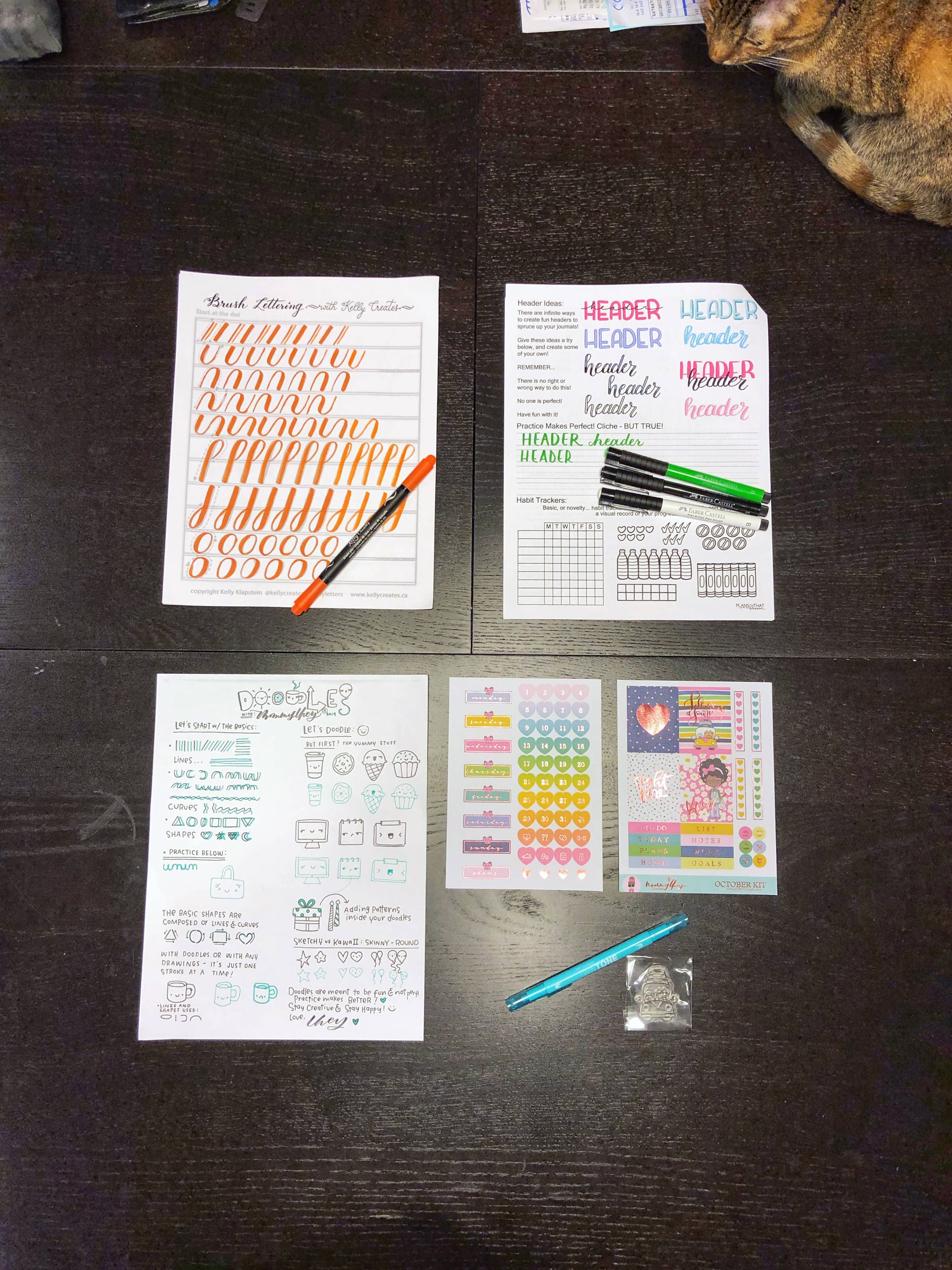 This is what I ended up buying over the weekend… I lost track of how much I spent halfway through because I was trying to use cash as much as possible and didn’t have receipts 🤐 I’m going to start a 2-month no spend… Though my estimate is about half of what Jack thought I spent when I said “I spent too much”, so it can’t be that bad! 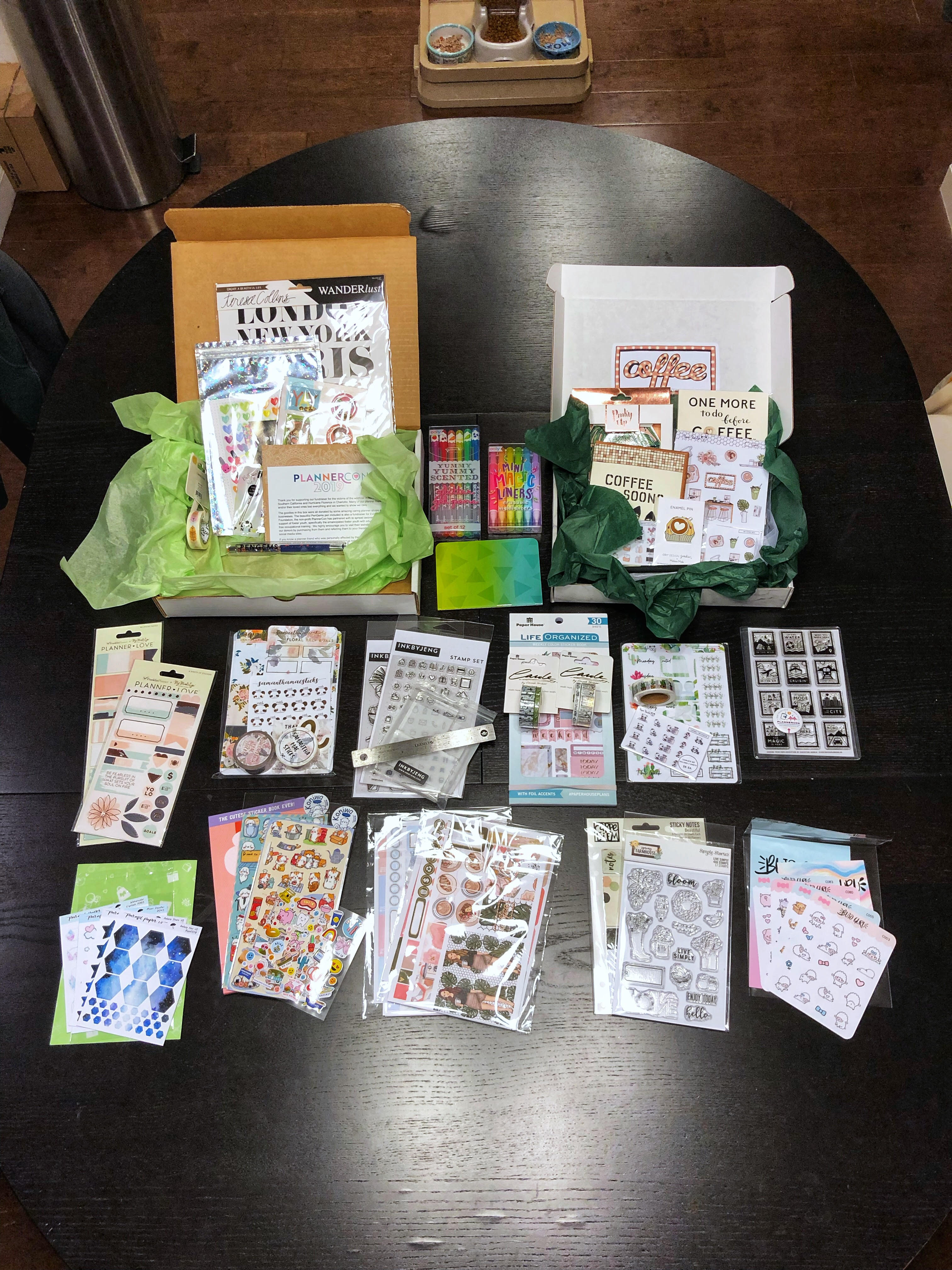 And this is the swag from vendors, speakers, and the convention itself. 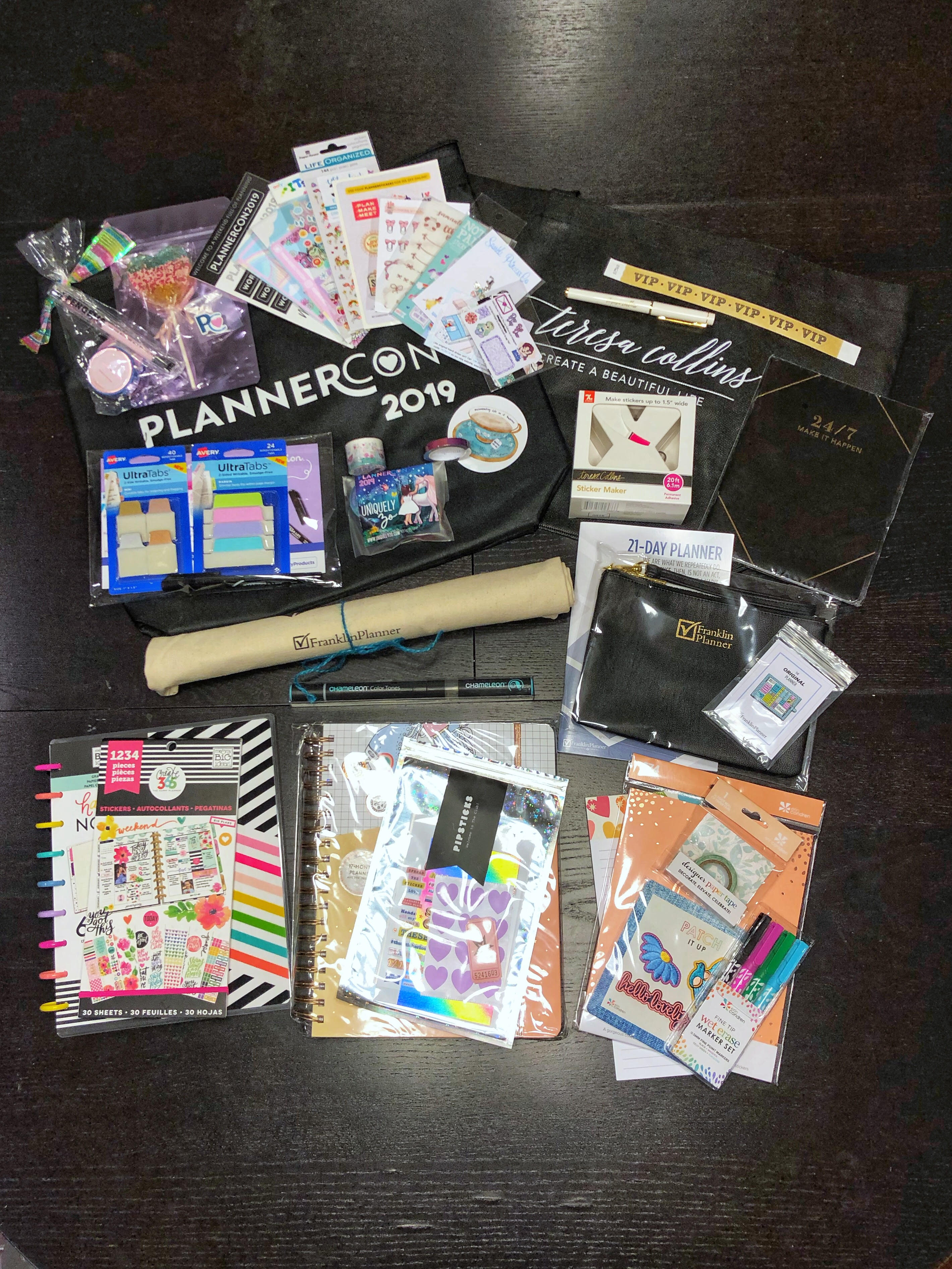 Finally, there were a lot of kind people that were giving out goodies!  I didn’t make anything to swap, but they just enjoyed sharing. (This time I couldn’t get Juggernaut out of the picture) 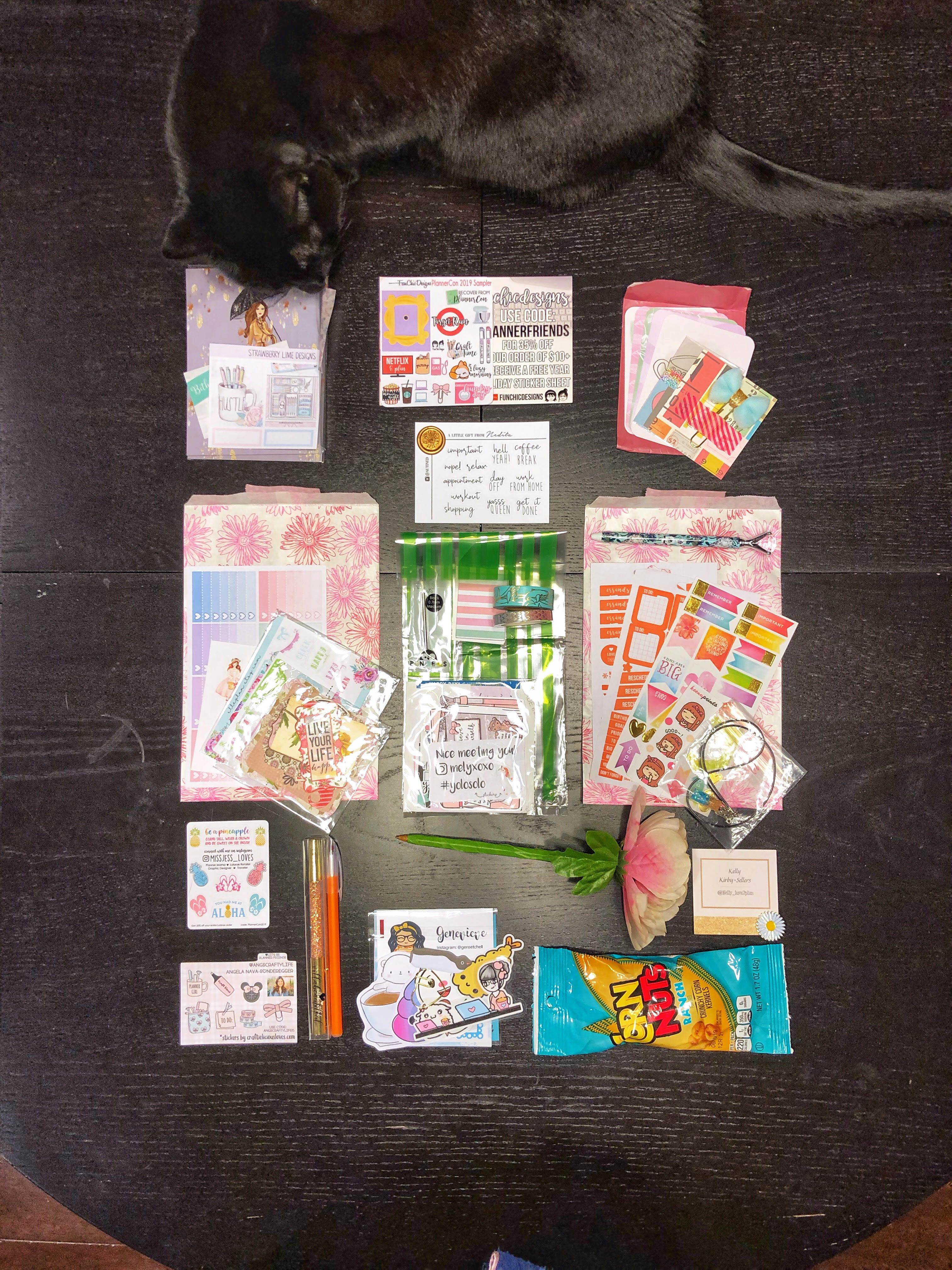 As a side note, I had made a spread for the March doodle challenge from Plans That Blossom that I saw on Instagram but forgot it was the same person from the workshop I was taking… I remembered it when she mentioned the challenge during the workshop and asked her to write a note in the spread 🥰 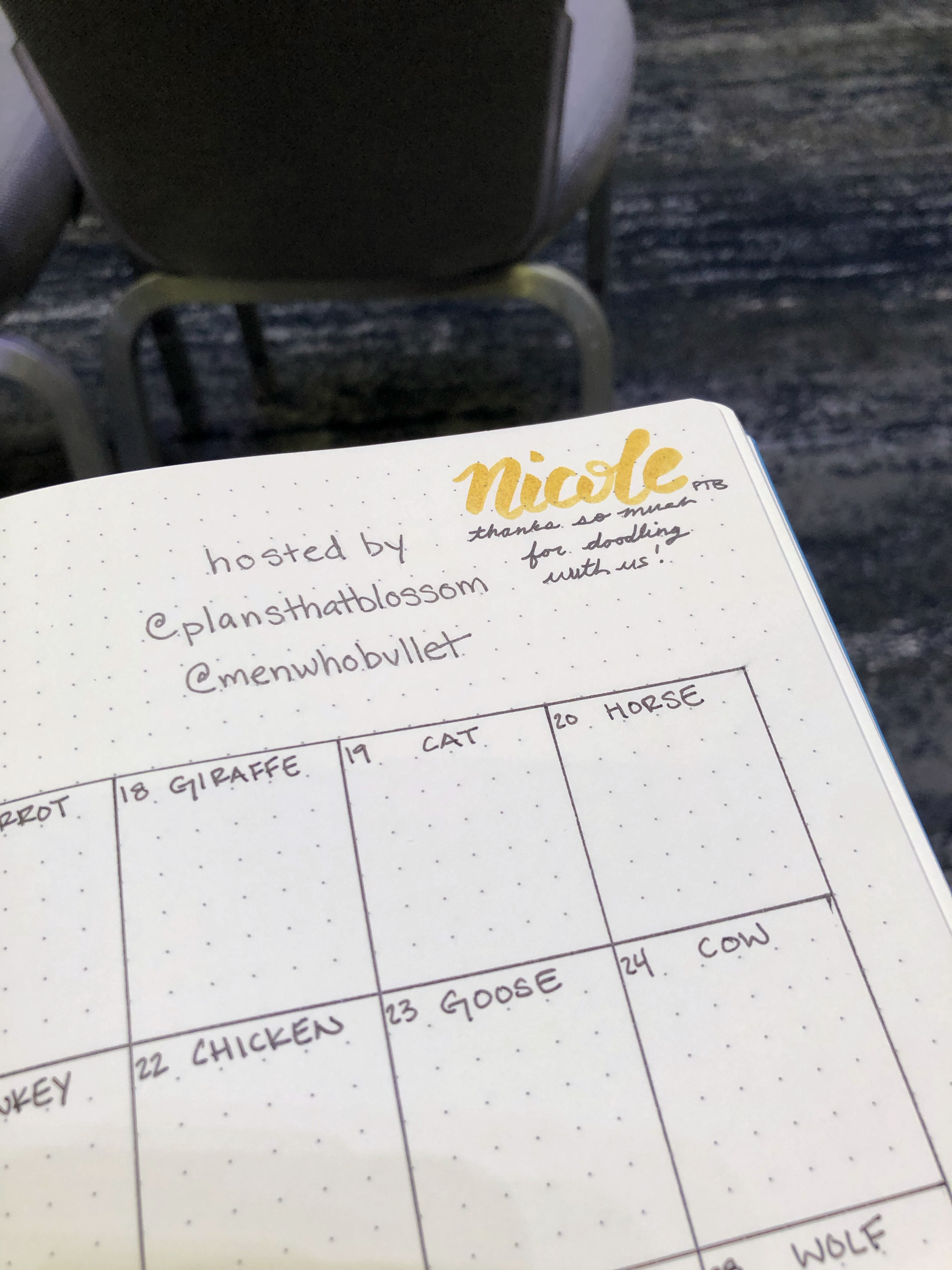 « February: Workshops and Roadtrips
So Moody »